I've turned this blog back to front so that you can read through it easily in chronological order.  In other words, it's not really a blog any more, more an archive of blog posts arranged for easy reading.  There are links in each post to maps for that part of the trip which open in AllTrails in a separate window.  Sadly, the North Sea Cycle Route's dedicated website no longer exists as of January 2018.

The dates on the posts are not the dates I was in the places - I had to re-date the posts to make them go in this order!

I hope you enjoy the journey!
Posted by Paul May at 15:38 No comments: 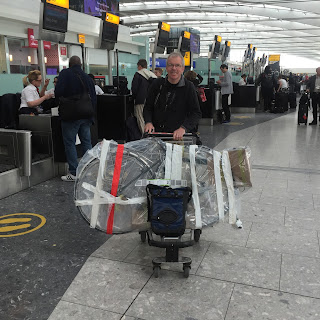 In the summer of 2015 I cycled around the North Sea. I started in Bergen on 25th May and finally reached the northern tip of Shetland on 28th September having stopped in London for a month or so in the middle of the trip.

I say it was summer, but it was snowing and raining in Bergen at the end of May, and it was so cold in Denmark at midsummer that I needed gloves and a wooly hat to walk on the beach.  Then, when it did get hot in Germany, there was no sea deep enough to swim in.  Nothing but mud and more mud.  But more of that another time.

The website dedicated to the North Sea Cycle Route has closed down, so I've placed links to the guidebooks I used at the bottom of this post.  The most useful general blog I've found about travelling by bike is Tom's Bike Trip.  I don't want to repeat what others have written, but there are a few things I discovered that might be helpful to you if you're thinking of making this journey, especially if you've not been on a long cycle trip before.  And if you're wondering whether you can do it, the answer is a definite YES!  The North Sea Cycle Route runs around the edge of Northern Europe.  You will never be terribly far from a shop, or a holiday home.  Much of the route is flat - too flat, some might say - and where it does get hilly the scenery more than repays the hard work.

I decided to start in Bergen because I wanted to finish in Shetland.  This meant I had to fly to Bergen with my bike.  At the end of the journey I travelled back to London by ferry and train from Shetland. I thought I had done a good job of packing my bike up for the flight.  I took off the front wheel, detached the handlebars and rear derailleur, removed the front rack and pedals, wrapped the vulnerable parts in cardboard and sealed up the whole thing in a CTC clear plastic bike bag bought from Wiggle. 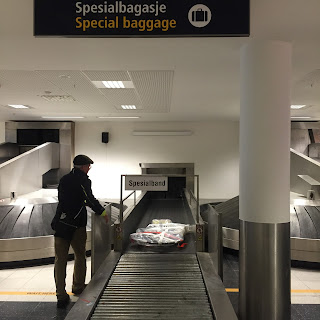 I flew to Bergen with my partner by British Airways. They have a generous baggage allowance.  The bike counted as one piece of hold luggage and my partner checked another suitcase with my panniers and odd bits of bike. All seemed well when we arrived, and we spent a couple of days exploring Bergen before I put the bike together.  That was a mistake, because if I had put it together at the airport I might have realized there was something wrong. The bike steered very oddly and the brakes rubbed.  I adjusted them until they worked, but I couldn't figure out what was wrong.  It was only six weeks and 1200km later that Jon in the bike shop in Göteborg noticed that my forks were bent!

Luckily the bike was rideable and, looking back, I'm not sure it would have been a great start to the trip, making insurance claims and complaints at the airport.  I would also have felt obliged to try and get the forks fixed and I don't think that would have been easy.  The bike always feels a bit odd at first anyway, when it's heavily loaded, so I simply rode off along the coast of Norway.  However, in future I would always put the bike together at the airport.  You have no claim against the airline, or on most insurance policies, if you don't act at once.  And next time I pack the bike up, if there is a next time, I will remove the forks.

On the whole though I think if I did it again I'd avoid flying until the end of the trip. There was once a ferry between Lerwick and Bergen which meant there was no need to fly, but since 2014 there is not a single ferry between the UK and any Scandinavian country.  So I'd start in Shetland and do my journey in reverse, flying back from Bergen at the end knowing that the bike had done its job.

I set out from Bergen in the late afternoon in the rain and cycled a few kilometres to a friendly Bed and Breakfast south of the city.  It was close to the airport for Kate to fly home the following day, while I headed off around the North Sea.  My route for the day is here on Alltrails.

Summer does not begin in western Norway until the middle of June.  And Bergen is one of those cities, like Santiago de Compostela, where it always seems to rain.  Or snow, in the case of Bergen. 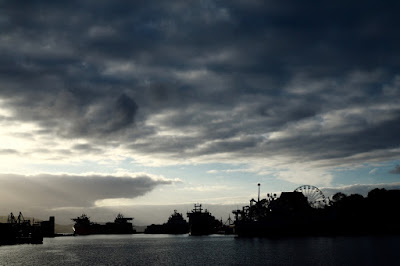 As I was about to leave Bergen it occurred to me that the small, slightly broken umbrella we had been using might come in handy on a bicycle tour.  I took it with me, and I was glad I did.  I don't know why I'd never thought of it before.  It's not much help on those days of solid rain where you just have to get on with it, but in a sudden downpour it's possible to deploy the umbrella rapidly, wait a few minutes and then carry on, completely dry.  Also very useful on campsites, and very occasionally as a sunshade. 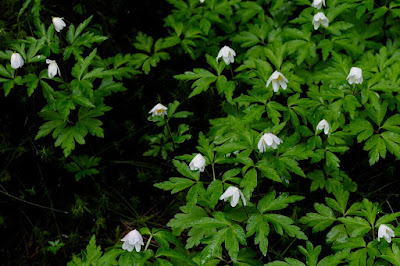 From Bergen the North Sea Cycle Route goes south on cycle tracks at first and then, just when you are thinking that Norway is going to have cycle tracks everywhere, it dumps you onto a road just in time to climb a steep hill.  It doesn't matter much because Norwegian drivers are the most considerate to cyclists that I have seen anywhere, and in any case there isn't much traffic.  The road ran through pine woods carpeted with moss and wood anemones, then through a small town, Osøyro, where I found a woman hacking down Japanese Knotweed by the side of the path.  She told me that the seeds came in with the gravel used to make the new paths, and I saw Japanese Knotweed everywhere in Norway thrusting up beside, and through, the new roads and paths.  She said she felt like Sisyphus, because the Knotweed just kept coming back.

From Halhjem, just south of Osøyro, a ferry goes south to Sandvikvåg on the island of Stord.  The ferry is just like a seaborne continuation of the E39 and I spent the hour on the boat talking to a Londoner with a road bike who was planning to cycle in just a few hours a distance that would take me several days.  He had a bagful of bananas to keep him going.  I watched him shoot off into the distance and then I set off slowly into a landscape of gneiss hills, lochans, and occasional green meadows that looked like low altitude Swiss alps, full of cuckoo flower and buttercup.  Eventually I reached the port of Leirvik and found the campsite, which was very small and kind of half-open, owing to it still being winter.  As I was to find out, a lot of campsites in Norway don't really get going until the schools break up for the summer towards the end of June. 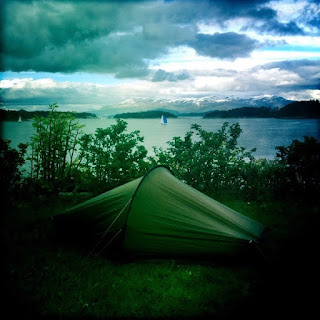 Still, I camped in a spot with a great view across to the mountains of the Hardangervidda and settled down to enjoy the sound of rain beating on the tent. The map of the day is here.


The small campsite in Leirvik was my introduction to the NAFcamp organisation.  The NAF is the Norwegian equivalent of the AA or the RAC, but they also produce an excellent campsite guide with a very good general map of Norway. The guide is free from any NAF campsite.

I met Gunther on the campsite. He was a little gloomy. Seventy years old, and estranged from his family, he warned me that the decade between sixty and seventy had aged him twenty years. Even so, he aimed to cycle 2000km every month. He was pessimistic about the weather, too, but as I cycled away from Leirvik over the huge bridges that led to the island of Bømlo the sun came out. The road snaked around the heads of small inlets of the sea and it rained off and on, but in a not-unenjoyable way. I stopped at a petrol station for coffee and sat in the sun to let my jacket steam dry and a passer-by ordered me to turn my face to the sun. I was wasting a golden opportunity!


The island of Bømlo is very beautiful. The road rises and falls steeply between jagged outcrops of rock, dotted with small lochans where waterlilies grow. They weren't out yet, but the marsh marigolds were gleaming golden yellow in almost every ditch. There were primroses too, and violets, and wood anemones and cuckoo flowers, but the flower of the day, of the week even, was the dandelion. They were everywhere.


At Langevåg I arrived at the ferry terminal to find the timetable obscured by condensation in its glass case.  There was no one about so I sat down in the sunshine to eat my lunch.  I'd just started making a cup of tea when cars started rolling up, closely followed by the ferry, so I packed up quickly and got on board. 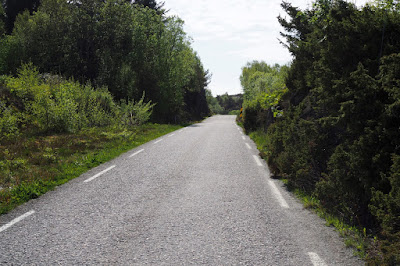 Back on the mainland the road was still quiet and beautiful, but less steep, and I cycled through the afternoon to the campsite just north of Haugesund.  It was closed for the winter.  That didn't stop someone from showing up to collect money though, and to dispense keys to the toilet block, and wifi codes. 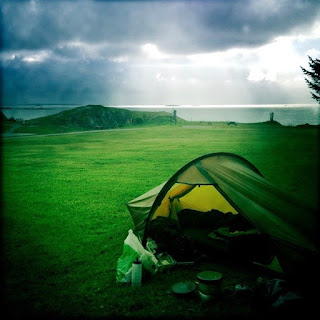 It looked like rain. The map on AllTrails is here.

Paul May
I'm a children's author, teacher and musician. Sometimes I even manage to be all three at once.

Me and my bike 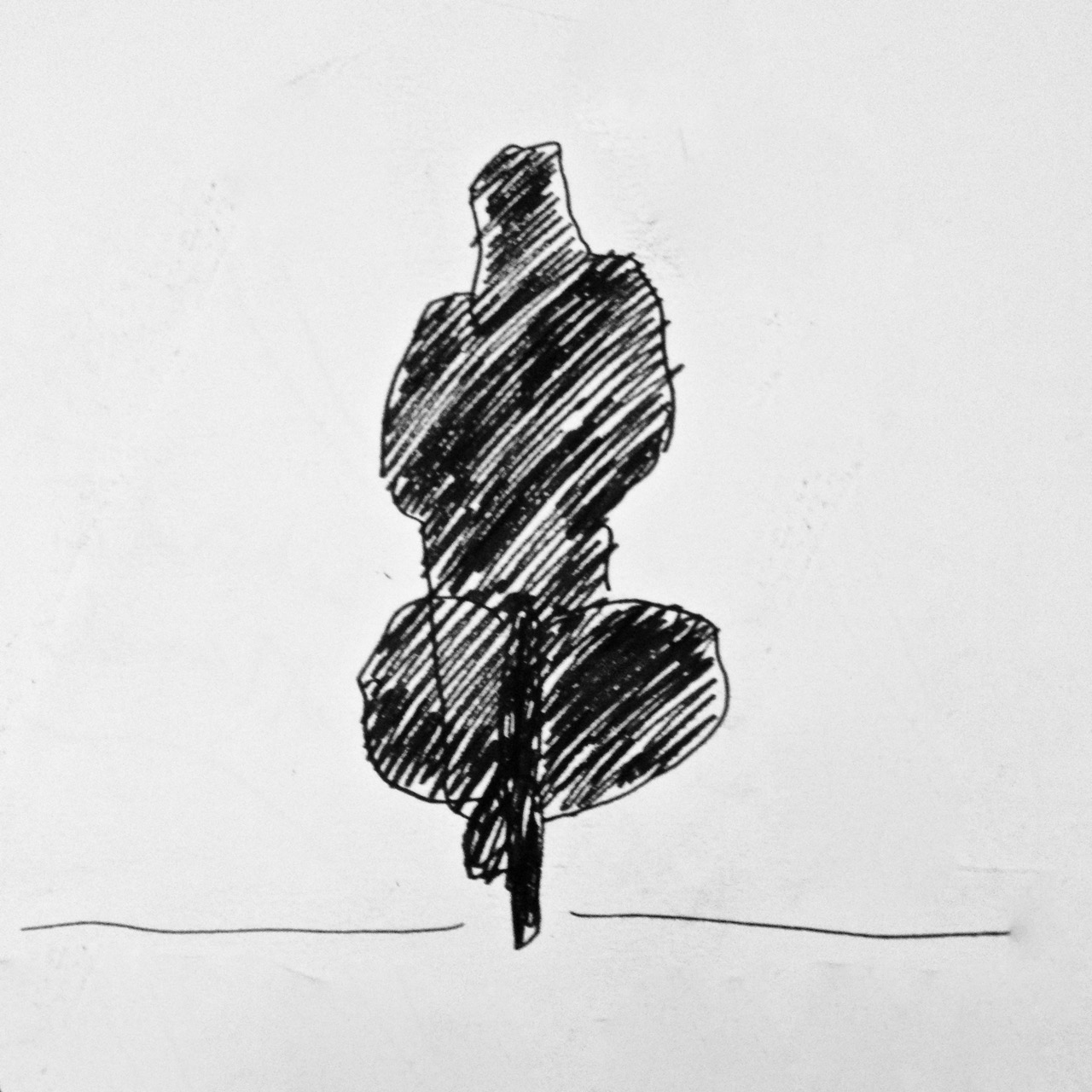